Sunday night, Eric and I had the opportunity to attend a concert of my childhood hero, Steven Curtis Chapman. SCC is a contemporary christian artist, known for many #1 hits even in the secular music world, like “I will be here” and “Cinderella,” both played at many weddings. My folks took me twice as a kid, and looking back, those concerts were two of the highlights of my childhood. His music made my relationship with Jesus come alive as a child, compelling me to desire a deeper faith by praying more, boldly spreading the gospel and to love others like Jesus does. To put it frankly, his music completely changed my life.
Eric and I stood in line at College Church for about 30 minutes behind hundreds of other concert goers. Our tickets were bought in groups, not seats, so it was first come first serve. Eric purchased tickets in the “Artists Circle,” the closest ones to the stage. We got there, sad to see the long lines, knowing we probably wouldn’t get close seats. Oh well, I was just pumped BEYOND belief that we were there. I have been wanting to see him again for years, and even if it meant multiple rows back, I was totally OK with that. The doors opened and in we went, passing by lots of booths with artist merchandise and adoption tables (SCC is big into adoption, as he and his wife adopted 3 little girls from China). 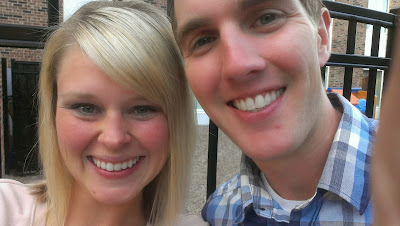 Waiting outside in line, drinking our QT slushies

So we followed the signs and ushers up to our entrance and wound up right by the stage. And would you believe it or not, the front rows were FULL of empty seats for the “Artist Circle” ticket holders. We rushed in and got FRONT ROW seats, just to the left of center stage. Not going to lie, I was practically in tears.
The concert began with an opening prelude of music that I knew all too well-it was the intro music to his song “The Great Adventure,” the song I used to dance around and sing to as a 7 year old. Then in he walked. Let the screaming, yelling and singing ensue on my part. I’m sure I looked like an idiot dancing around, but I did not care at all. 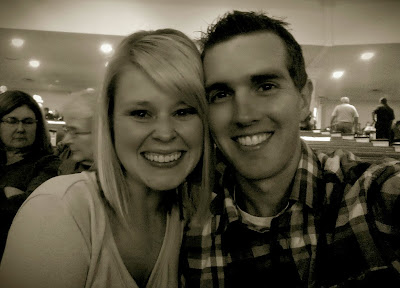 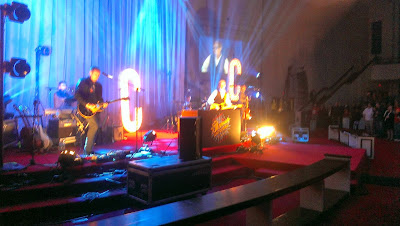 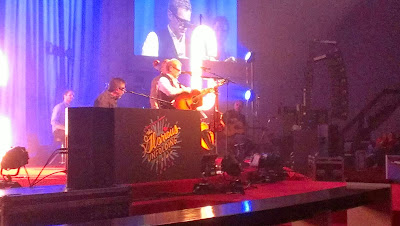 I don’t think I’ve ever been so giddy!

The concert was nothing short of glorious, as it should have been, the tour was named The Glorious Unfolding. SCC is currently touring with Laura Story and Jason Grey, two other christian artists who Eric and I both listen to quite a bit. Not only did each singer get to perform some of their songs on their own, but there were multiple times when two of or all three singers were out singing each others songs together. It was an unbelievable night of GREAT worship, heart wrenching testimony, orphan advocacy and unforgettable music. I can not begin to explain the conviction that these artists spoke with. Jason told how God has used his speech impediment (he has a severe stutter, except for when he sings) to bring glory to Himself, Laura told how her husband has conquered a brain tumor and how God has used that to tell others about the gospel and Steven talked about how God has worked in his families life after his son, Will, accidentally hit and killed one of his adopted daughters, Maria with their car. I am not sure how any of them were able to so boldly get up and tell their stories with out breaking down. All three of them kept coming back to God’s grace and how He was more than sufficient for them, no matter what was going on in their lives. It was God’s grace and mercy in living flesh, displayed for all to see in His beautiful glory.
We walked out of that concert with our hearts FULL to the brim with hope and encouragement. For me, specifically SCC sung one of hits more recent hits that I sing on a daily basis, called “Everything you do.” Not many artists sing about being a stay at home mom, but this guy does. It’s amazing to be able to relate to songs in general, but this one in particular calls us as Christians to do EVERYTHING that we do to glorify God, even if it’s sweeping up cheerios and picking up toys. So I’ll leave this post with some of the lyrics to that song.

Sweeping up lost cheerios that got away

You put a baby on your hip

Color on your lips and head out the door

While I may not know you,

I bet I know you

Wonder sometimes, does it matter at all?

Well let me remind you, it all matters just as long

As you do everything you do to the glory of the One who made you,

Cause he made you,

Every little thing that you do

To bring a smile to His face

Tell the story of grace

With every move that you make

And every little thing you do