It’s been about 3 months since we first broke ground on our dream farmhouse. A lot has happened since my last update, as in it is actually starting to look like a real house. Kind of crazy to see our dreams literally being built before our eyes. So here is the short update in pictures of everything that Eric and Kim have been up to since April. 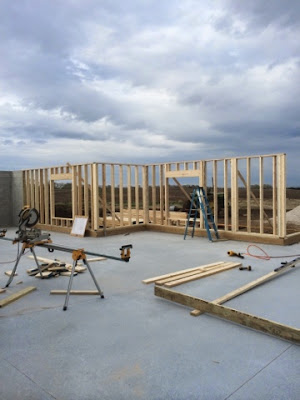 After the foundation was poured, Eric and Kim got started on the walk-out basement walls. This took a couple of weeks to do. These were the most difficult walls to build, as they were literally the cornerstone of the house. Plus, they were the first walls Eric had ever built, so it took a little longer to get used to things. 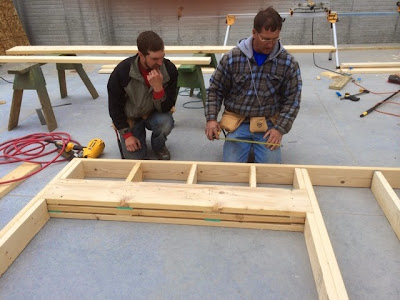 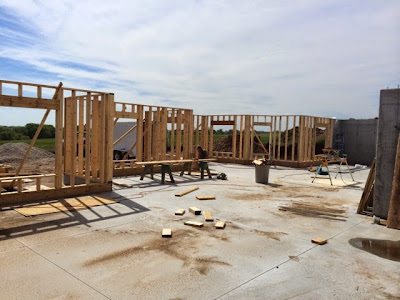 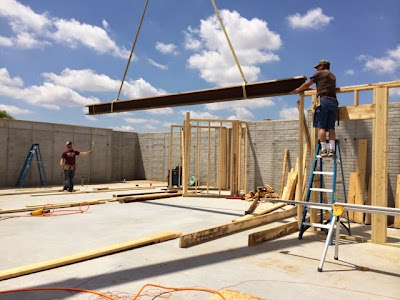 Brought in a crane for the afternoon to get the beams set. Frame in the middle of the picture is the stairway. 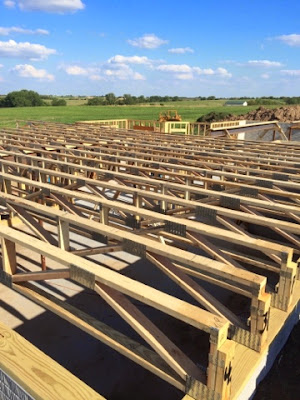 After the beams were placed and Eric welded them in, it was time to lay the floor trusses. These were pre-fabricated and brought in by the lumber company and Eric and Kim laid them. 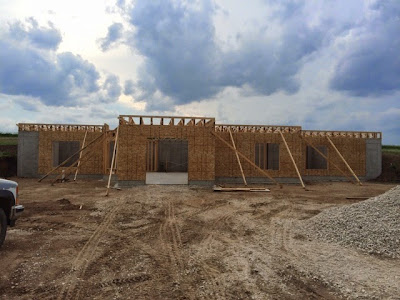 View of the walk-out basement from the rear. All of the sheeting was laid after the trusses were placed. 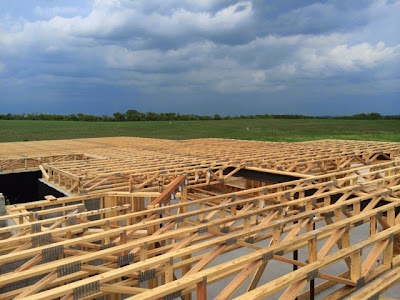 All the trusses in place and ready for the floor to be laid! 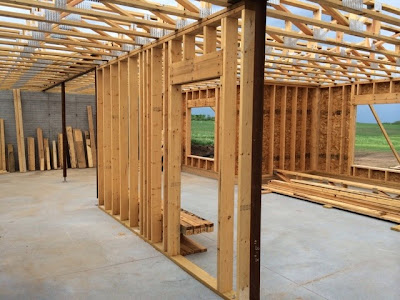 Supporting wall in the basement 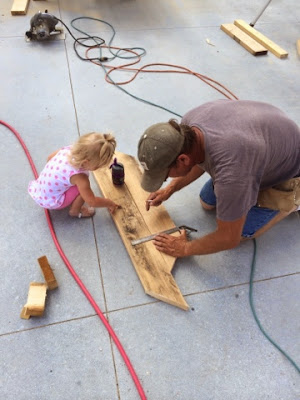 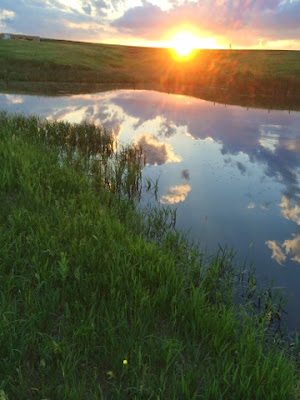 Just a pretty view from the pond fishing one night 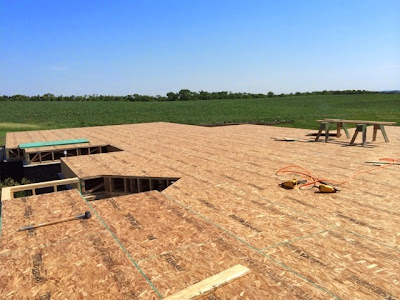 Floor completely laid and ready for the main level walls to be built and put up. We called this our “dance floor” for a while 🙂 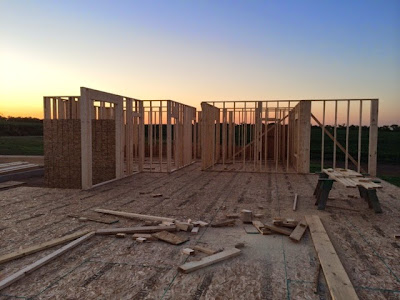 Kind of hard to see, but from this angle standing in the kitchen are the girls’ rooms, Jack-and-Jill bathrooms between their rooms, guest bedroom and guest bathroom. Front entry way is the opening on the far left which opens into the large open area which is the living room. Fireplace will be along the long wall on the right in the middle. 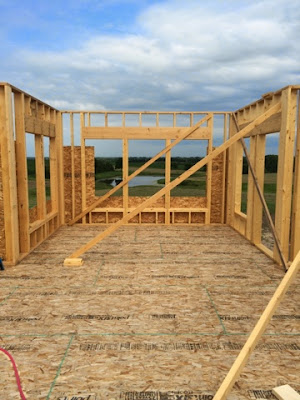 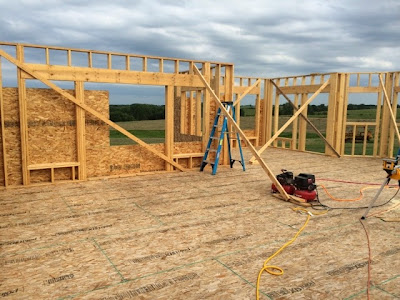 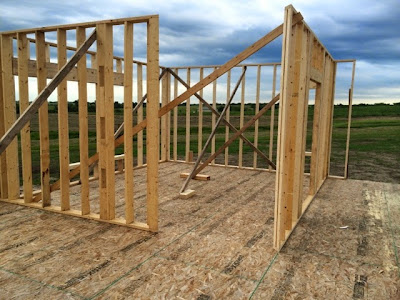 Mater bedroom – French doors open to the bathroom (and massive closet!) that hasn’t been built yet. 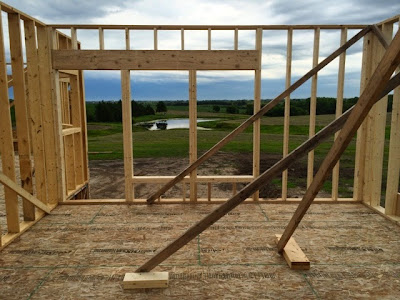 They still have a few more walls to put up before the roof trusses come next week: mater bathroom, mudroom, mudroom bathroom, finish off the laundry room, hallway, and the pantry. It’s truly been amazing to watch them raise these walls up one by one. And I honestly can say that I’ve never been more proud of my husband or thankful for my father in law for all of his help and direction through this process. I can’t wait to see everything up with the roof in the coming weeks!