This was Nora’s first real Halloween to go trick or treating. And boy did she have a blast! I decided to go with a daisy costume, since she LOVES picking flowers. Every costume that I found was around $60.00, so I decided to make my own for her this year. For $12.00, I was able to put together a skirt and headband to make the perfect little flower. And boy was she adorable! 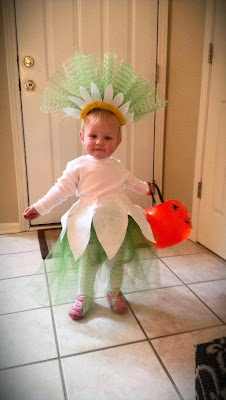 We started off the day by trick or treating at Zuzu’s (duh) and Nora got her first taste of a sucker. To say that it was glorious would be a huge understatement. She was a sticky mess, but it was so worth it! 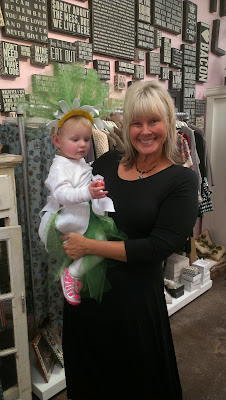 Grammie and Nora, the daisy 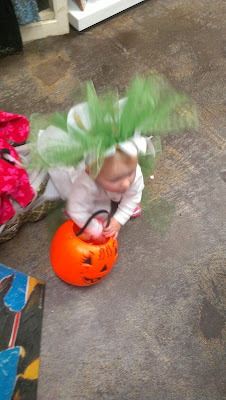 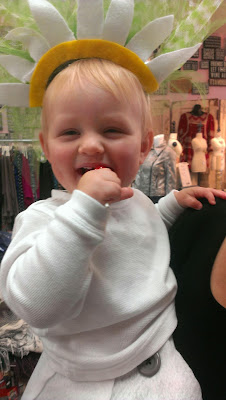 So much joy from one little sucker 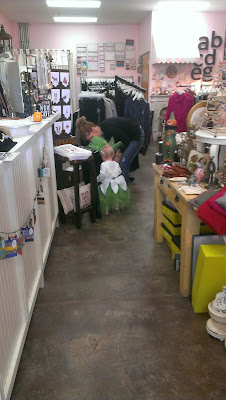 Tanta Cindy was even there! Nora loves her 🙂

Since it was a rainy day, Eric got off work early (yay! That NEVER happens!), so we went to join my Grandma at the nursing home for their Halloween Party. My Grandma is all about holidays to the max (as much as she can) and she decided to go all out with a lion costume. To say that Nora was reluctant to go to her was a bit of an understatement 🙂 I was even a bit scared! 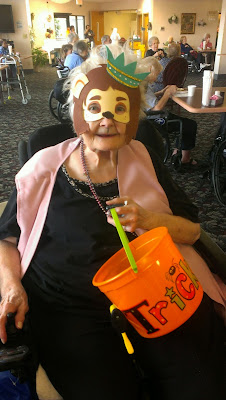 My folks and brother came over for dinner on the big night of candy gathering, so I decided to make the Pioneer Woman’s cheesy corn soup recipe. It’s always a BIG hit in our house, but it was an even bigger hit when I decided to fry up some extra bacon for soup dipping. HOLY SMOKES! Please try this. I dare you. You’ll die and go to heaven….then come back just to die again. I also served it up with some yummy sourdough bread. There really is nothing quite like it.

Once Nora saw all the kids (and by “all” I mean hundreds upon hundreds of kids, no joke) she went nuts. Giggling and running all over the place, she was. It was the cutest thing that I have ever seen. I wish it was Halloween every day just so I could see her reaction again. Love that sweet girl of mine. But because she was so excited, it was a bit hard to get any good pictures of her. Most of them were blurry and unfocused. Oh, well. Such as the life of a one year old hyped up on sugar! 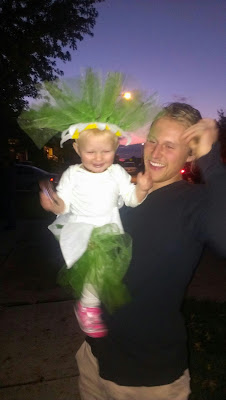 So glad Uncle Jared could come along for trick or treating! 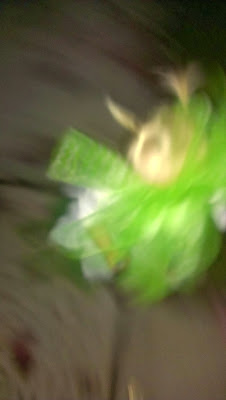 Seriously, this was about what our night looked like. Utter chaos and frivolity

To say that this year’s Halloween was fun would be an understatement. I can hardly wait to see what Nora does next year when she understands the meaning of trick or treating next year!